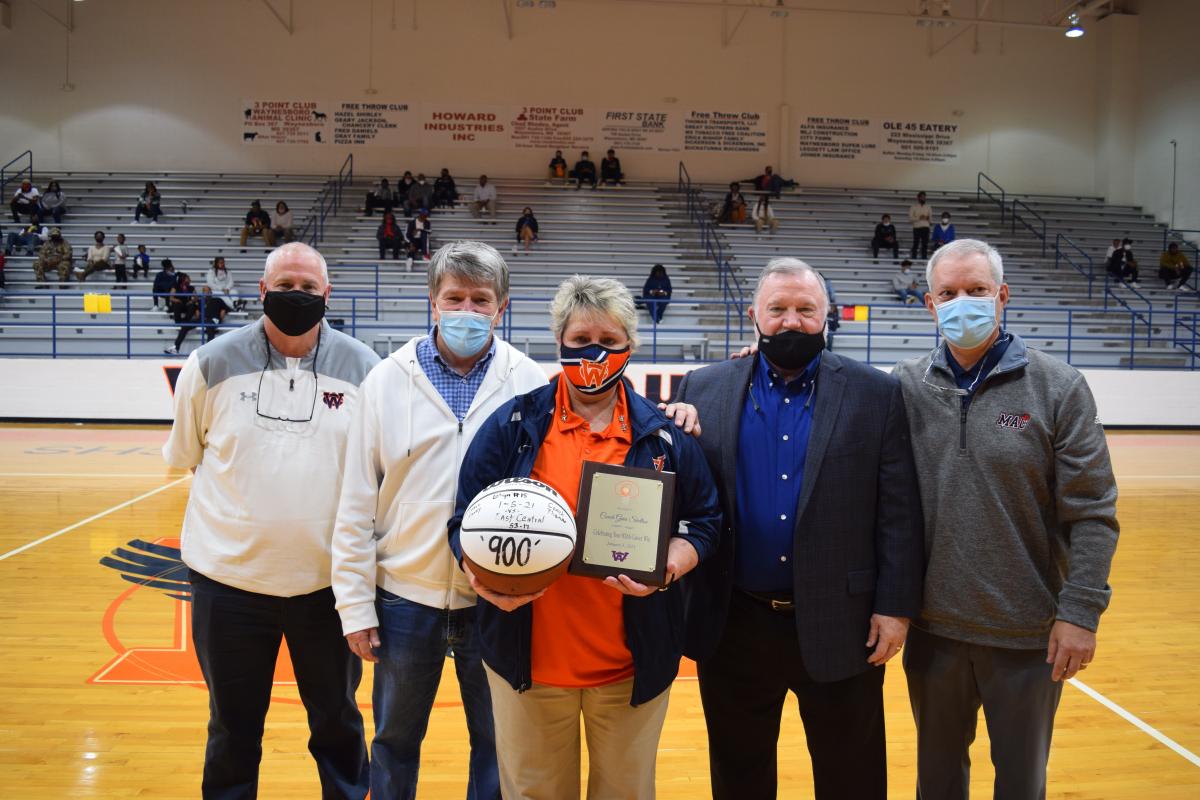 Wayne County High School honored Lady War Eagles basketball coach Gina Skelton on Friday, January 22, with a special night of recognition. Skelton registered her 900th career win on January 5 as her Lady War Eagles (6-2) downed East Central, 58-17. "I've been blessed with some great players, great young ladies and some of the best assistants anybody could ask for," stated Skelton. She was inducted into the Mississippi Coaches Hall of Fame in 2016 and was a finalist for the National Coach of the Year. Skelton grew up in Waynesboro and played for another Mississippi coaching legend and Hall of Famer Geary Jackson. "I went away for 20 years and then came back. I wanted to finish my career here at home in Wayne County, so being able to win 900 ball games here is even more special." Skelton has coached at Forest, Carthage, Quitman and Wayne County and has won four state championships in her career. She is the first female coach in Mississippi prep history to lead a boys' team to the state tournament as she guided the Forest Bearcats to the Final Four. The 1977 graduate of Waynesboro-Central played collegiate basketball at the Mississippi College for Women. Skelton is a past president of the Mississippi Association of Coaches.