GIRLS’ SOCCER
2016—South 1, North 1 @ Arrow Field, Clinton High School, Clinton, MS
The two teams finished the contest tied at 1-1 which snapped the South’s 6-game winning streak.  With the tie, the North leads the series with a 10-8-3 record.  The South took a 1-0 lead on a goal by Harley Johnson of George County 8 minutes into the second half.  The North tied the game 9 minutes later when Richland’s Aubree Patterson scored on a pass by Tay Cavett of Madison Central, who was chosen the Offensive Most Valuable Player of the game.  The South’s Jordan Dillon of Brandon was chosen as the game’s Most Valuable Defensive Player.  Goalkeeper Karsen Gildea of Ocean Springs was outstanding for the South as she prevented the North from scoring on numerous shots.  Gildea twice stopped the state’s all-time leading goal scorer, Allie Houghton of Lafayette, on breakaway attempts with sliding saves.  The North’s Caitlin Barnes of Center Hill was selected as the Coca-Cola Student Athlete of the game.

BOYS’ SOCCER
2016—South 2, North 1 @ Arrow Field, Clinton High School, Clinton, MS
Despite being outshot 21-14 during the game, the South escaped with a 2-1 win over their North opponents.  The South increased their series lead to 14-11-7 with the win.  Jeff Bruni of Gulfport scored 2 goals in a five minute span in the first half to stake the South to a 2-0 lead at halftime.  The North had a first half goal by Christian Williams of Northwest Rankin waived off on an offsides call.  The North tallied 13 minutes into the second half as Brian Leyva of Lafayette scored on a rebound to cut the South lead in half.  South goalkeeper Travis Harper of Ocean Springs made 10 saves to preserve the win.  North Pontotoc’s John Gonzalez of the North squad was named the Defensive Most Valuable Player while the South’s Jeff Bruni claimed the Offensive Most Valuable Player honors with his 2 game clinching goals.  The North’s Zack Bailey of Madison Central was named as the winner of the William Winter Scholar Athlete Award. 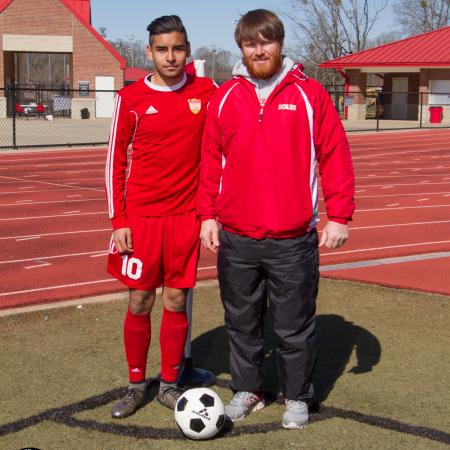 All Star Brian Levya Coach Gene Anderson Both From Lafayette 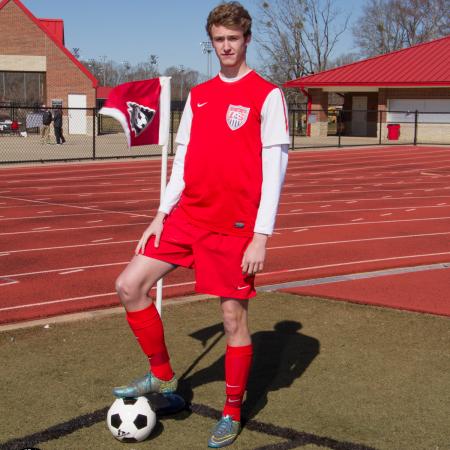 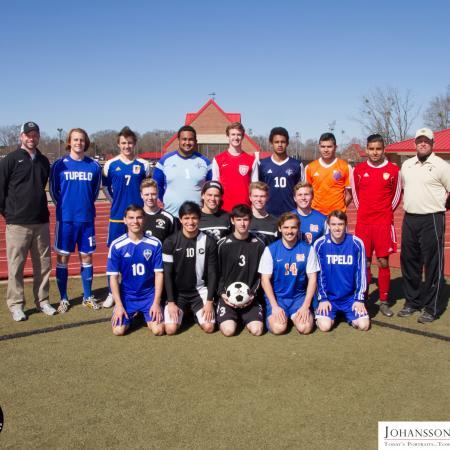 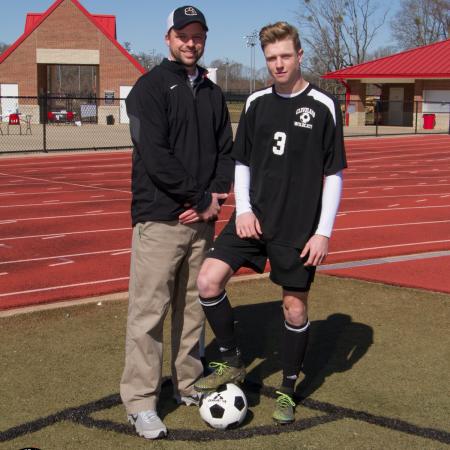 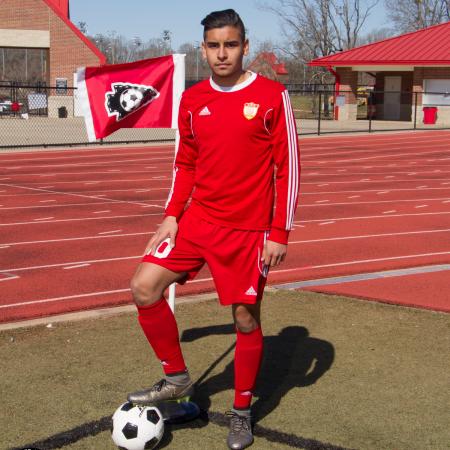 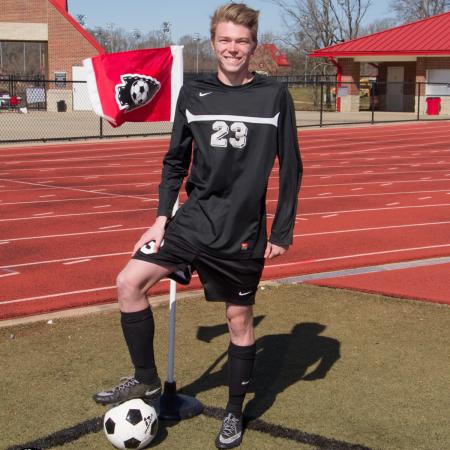 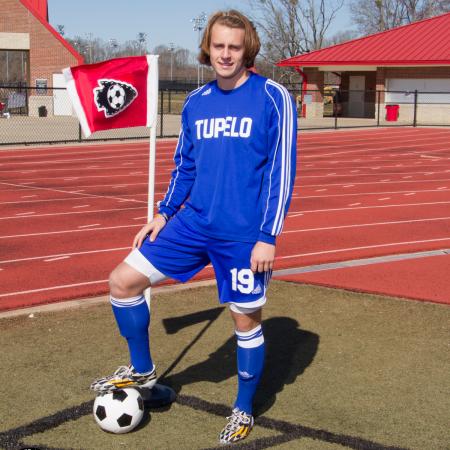 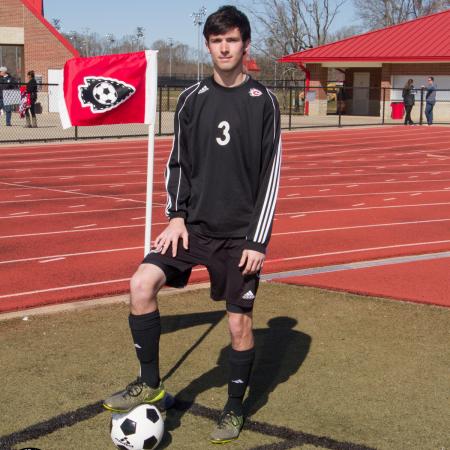 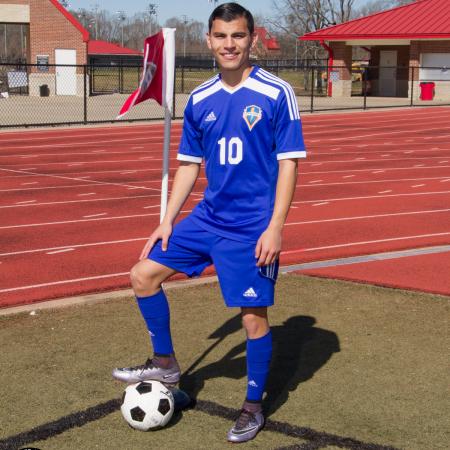 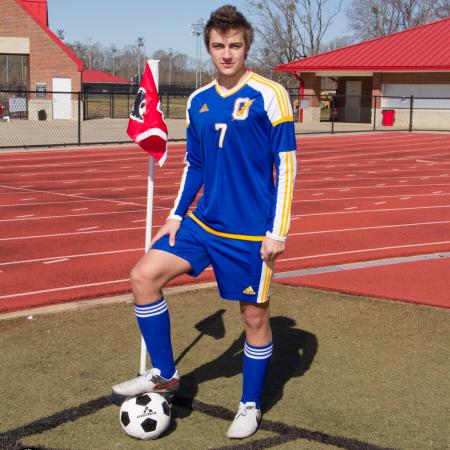 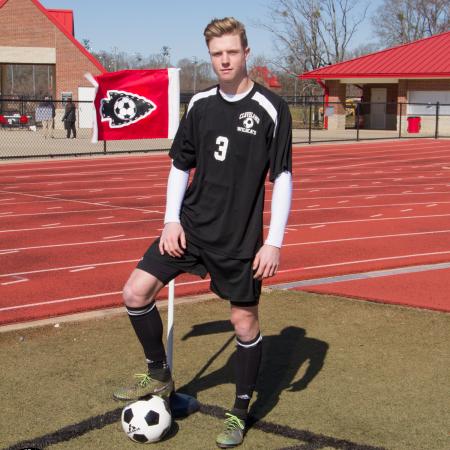 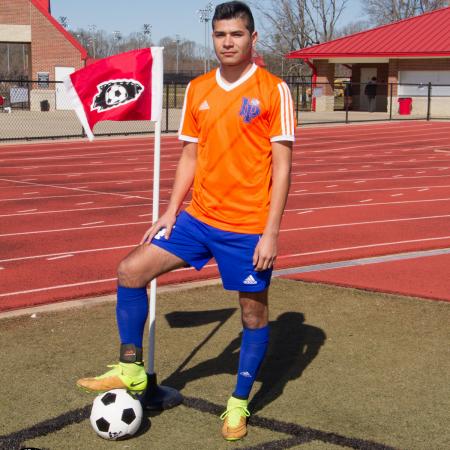