NORTH/SOUTH GIRLS' ALL STAR BASKETBALL GAME
2016    North 79, South 70 – The North overcame a halftime deficit to defeat the South 79-70 at the A. E. Wood Coliseum, Mike Jones Court, on the campus of Mississippi College at Clinton.  With the victory, the North extended its series lead to 29-23.  The North outscored the South 17-8 in the final 7 and a half minutes of the game to clinch the win.  The South had managed to lead at halftime 42-38, but the North caught the South in the 3rd quarter and led the game entering the final frame by a 57-54 margin.  Collins’ Zakyia Weathersby of the South tied the game at 62-62, but Lafayette’s Shaniyah Burford answered with a basket to start the North’s winning points run.  The North’s Myah Taylor of Olive Branch had a game-high 22 points with 2 rebounds, 7 assists and 5 steals and was named Offensive MVP.   The South’s Jailin Cherry of Pascagoula was selected as the game’s Most Valuable Defensive player as she scored 11 points with 5 rebounds, 3 assists, and 3 steals.  Weathersby, who was the leading scorer for the South with 12 points, 10 rebounds, and 1 block, and Cherry were the only double-digit scorers for the South.  The North’s featured scorers included:  Adallice Young of Booneville, who knocked down 14 points with 5 rebounds; Alayjah Sherer of Tupelo, who had 10 points, 5 rebounds, 1 assist, and 1 steal; and Kelsey Jones of Starkville, who tallied 11 points with 6 rebounds.  For the North, Booneville’s Adallice Young, captured the girl’s and overall three point contest in the skills competition and was honored with the Michael Crouther Sportsmanship Award.  Lafayette’s Shaniya Buford won the girls free throw shooting contest.  In an upset in the slam dunk contest of the skills competition, the South’s Nyah Tate of Terry, who had won the girls’ portion of the contest, won the overall competition against Nick Weatherspoon of Velma Jackson by a slim one-point judge’s decision.

NORTH/SOUTH BOYS' ALL STAR BASKETBALL GAME
2016    South 111, North 106 – In a fast paced game, the South ended the North’s 2-game winning streak with a 111-106 score at the A. E. Wood Coliseum, Mike Jones Court, on the campus of Mississippi College in Clinton.  The South win increased the South’s series lead to 39-23.  The game marked only the fourth time in all-star history where both teams scored over the century mark (2016, 2014, 2010, & 2009).  A 3-point play by Petal’s Ty Smith combined with a steal and layup by Wingfield’s LaAndre Thomas with 24 seconds left provided the victory margin for the South which led at the half 54-51.  The South’s Troymain Crosby of Laurel was chosen as the game’s Most Valuable Offensive player as he poured in 20 points with 11 rebounds, 4 assists, 1 block, and 1 steal.  The North’s Nick Weatherspoon of Velma Jackson received the Most Valuable Defensive player award as he had a game-high 24 points with 1 rebound, 2 assists, and 1 steal.
West Harrison’s Quieran Gray was awarded the Michael Crouther Sportsmanship Award.  Other double digit scorers for the South included:  Ledarrius Brewer of Meridian with 18 points, 7 rebounds, 4 assists, 1 block, and 1 steal; Winford Ross of Madison St. Joseph with 11 points, 7 rebounds, 1 assist, and 2 blocks; LaAndre Thomas of Wingfield with 20 points, 2 rebounds, and 1 assist; and Fred Ramsey-Thompson of Biloxi, who scored 11 points with 4 rebounds, 2 assists, and 1 steal.  For the North, players with double digits in the scoring column included:  Galin Smith of Clinton with 13 points, 4 rebounds, and 1 block; Jonas James of Murrah with 11 points, 1 recound, 1 assist, and 2 steals; Jitaurious Gordon of Horn Lake scored 12 points with 1 steal; and Chavis Banks of Yazoo City who added 14 points with 6 rebounds, 1 block, and 3 steals.  The North’s Tyeus Jones of Pontotoc claimed the boys and overall free throw contest in the skills competition.  Kassim Nicholson of Callaway won the boys three-point shooting contest while Nick Weatherspoon of Velma Jackson captured the boys’ slam dunk competition. 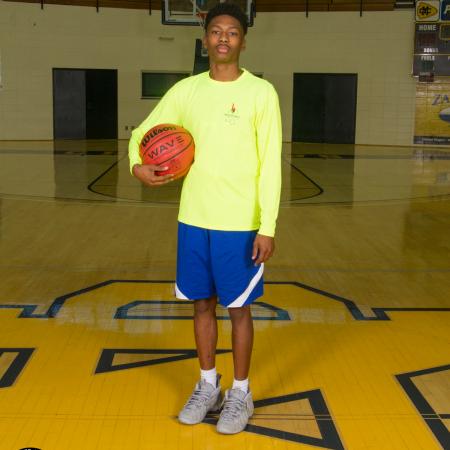 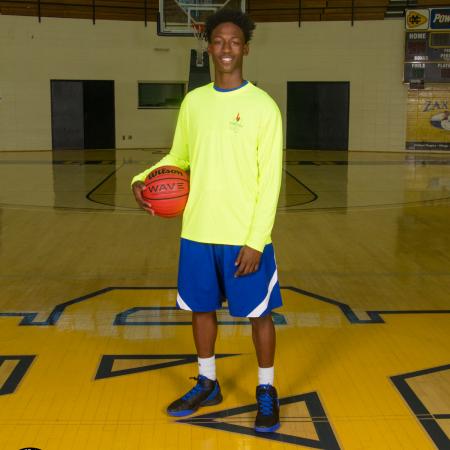 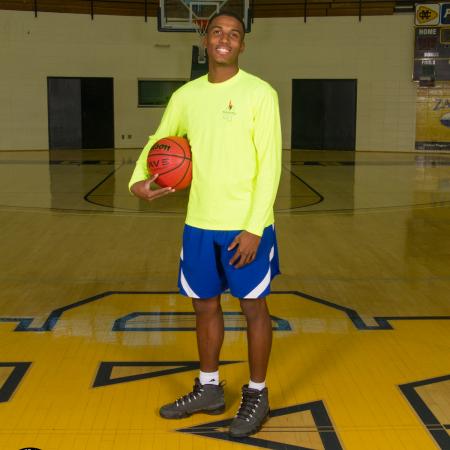 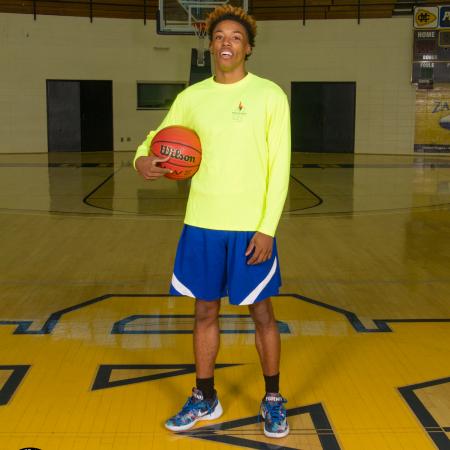 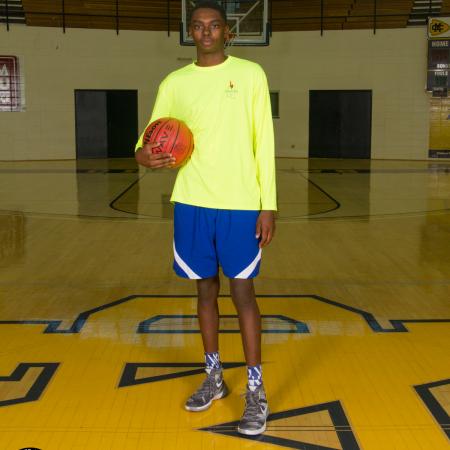 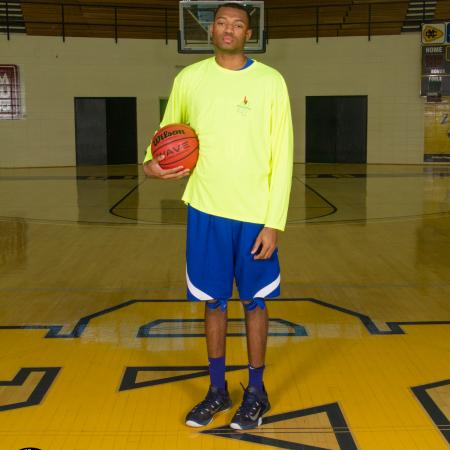 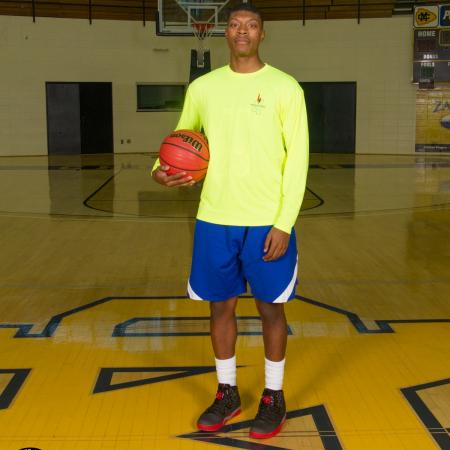 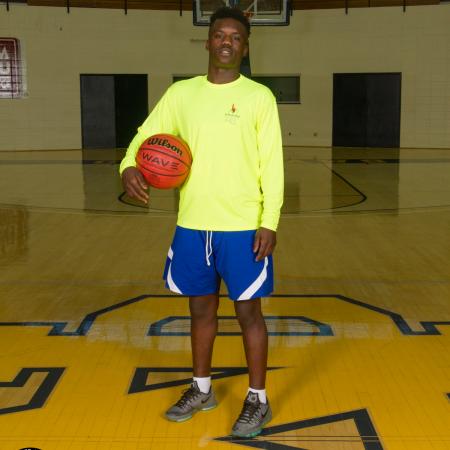 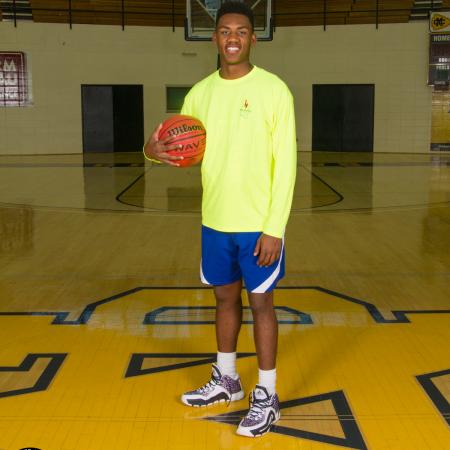 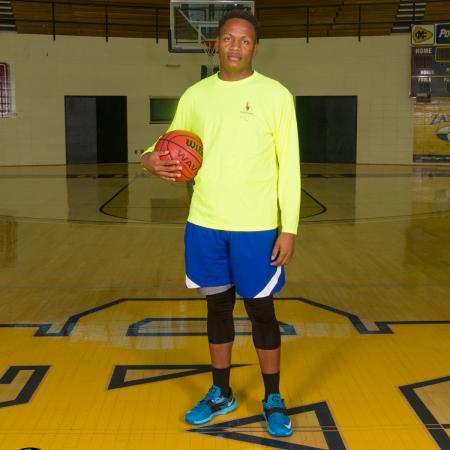 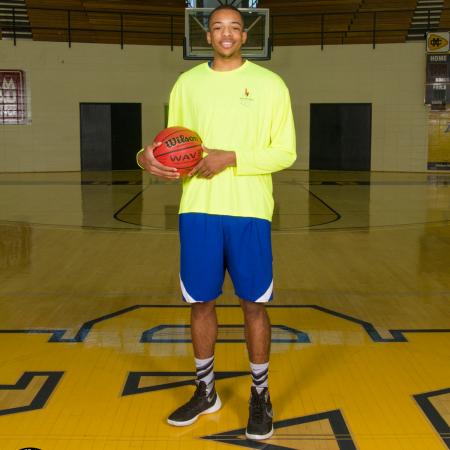 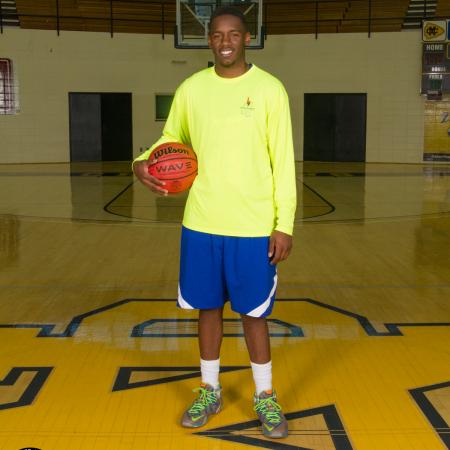